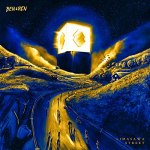 A track or two could be played at a wedding. And they do dress and look like a wedding band. But the best songs here are those which doesn’t say “happily ever after”. It sounded fresh when Up Dharma Down did something like this years ago. With Ben&Ben, it just sounds like the 2010’s version of the ’80s or early ’90s pre-Ultraelectromaneticpop (see: Bodjie’s Law of Gravity)—just with less synths, more strings, acoustic guitars. Great musicians no doubt, they’re reportedly great live, but one song featuring Ebe Dancel suspiciously sounds like one of the hits of the latter’s former band. They’re a decent singles band (“Kathang-Isip”, “Leaves”). And on this album they have few decent ‘single’ songs as well—songs specifically written for those who want to move on (“Mitsa”, “Tala-arawan”). B+